Yesterday's Wordless Wednesday post was a series of pictures that I got using my GoPro camera set up to take photos once a minute when I left for work. I knew Koira was restless and occasionally destructive in her crate when I was at work, but I wanted to see exactly what she was doing when I was gone.

That series of photos was a bit of a wake up for me. In the entire series, Koira was laying down less than 1/3 of the time. The rest of the time was spent pacing, stress panting, digging, and chewing on the bars of the kennel.

Now, I want to mention that Koira used to be just fine in her kennel. While I have never taped her before, the evidence in the kennel showed me that she used to pretty much just chill out when in there. No messed up bedding, no damage to the crate, nothing around the crate disturbed. That changed last year when Koira's shoulder injury put her on rest to the point that she was going bonkers. It appears that her stress with the kennel appeared at that point and has not left. We'll be playing a LOT of crate games to attempt to fix that problem.


So, the next day, I decided to do the same setup- have the GoPro take pictures once a minute while I was gone. Only this time, leave Koira loose in the house. Evidence has shown me that Koira will shred some items and will get into the trash or any available food when I am not home. I generally lift the trash can onto the counter before leaving the house to keep her out of it, and make sure there is nothing else for her to get into. But, in the view of trying to keep my dog as stress free as possible, moving the trash wouldn't solve the problem. I wanted to see how stressed Koira was while I was gone if she was loose in the house.

Answer? Not at all. She spent the entire time sleeping, just occasionally changing positions. 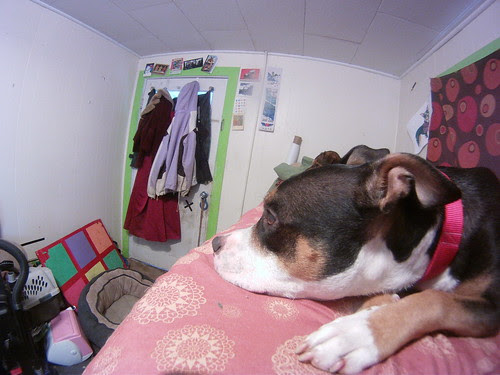 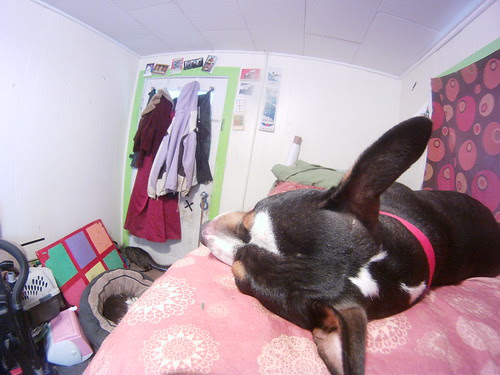 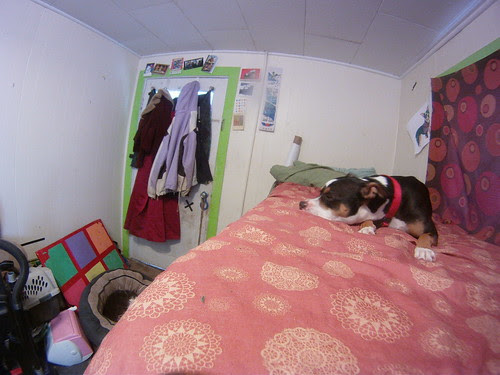 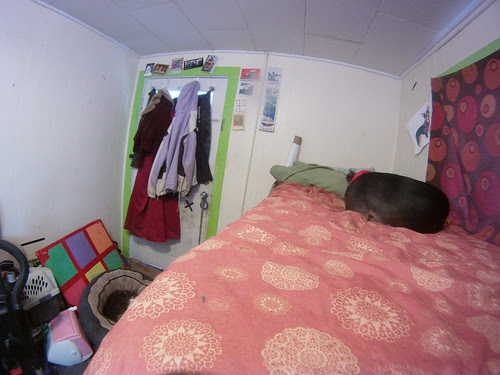 Email ThisBlogThis!Share to TwitterShare to FacebookShare to Pinterest
Labels: GoPro