We challenge you to a watermelon eating contest.

For your dogs, of course!

Flight is my most enthusiastic watermelon eater, but his favorite thing to do is snatch it up and run away with it (well, that is his favorite with all treats, really).

Ptera is a little more dainty, but overall a big fan of watermelon.

What are you waiting for? Grab your dog, grab a watermelon, and dig in.

Email ThisBlogThis!Share to TwitterShare to FacebookShare to Pinterest
Labels: Summer

Just a few photos of Ptera and Flight in stacks.

Flyball at the Fair

This past weekend, we had our local flyball tournament take place in Salem, OR at the Marion County Fair. This is always one of my favorite tournaments each year, both because it is close (yay!) and because it is always a fantastic tournament, well run, and tons of fun.

Our team ran fantastic all weekend, with tons of clean runs, and lots of title points.

The fantastic Rio ran with us on Saturday, because one of our regular dog handlers had to work. Having Rio run with us was great, her and her handler fit in with the team great, and Rio is an awesome flyball dog, stepping in when needed to run in the pack and run in start.

We also had our team boxer, Asti, running in the first heat of each race on Saturday to gain some experience without too much pressure. She did great, especially in the cooler first part of the day, and earned her second flyball title by the end of the day. Especially for a dog who is so heat sensitive, she did amazing, and we were totally thrilled with her.

The rest of the team is the always-awesome Ptera, of course.

And the large black duo, Riley and Angus, who ran pretty much full time both days, and totally rocked it.

The photos of Asti, Angus, and Riley are all from the fun match we went to last month, where it was also stupidly hot, and where the dogs also did awesome.

Stella stepped in for Rio on Sunday, when her handler was able to come join us, and did her normal awesomeness (but which I have no recent pictures of, as she ran with Ptera at the fun match).

We were also joined on Sunday by the super awesome Lava, owned by pretty much the awesomest NAFA judge ever, Lea. Lava just wanted to get out and play, and I think they had fun, and I know we had fun having them join us for the day.

Basically, it was flyball as it should be, with plenty of chatting with teammates, running of dogs, and socializing. With a side helping of fair food and a strange lunch time entertainment of llama classes at the fair.

We've been staying busy in the hot weather with flyball and plenty of hiking.

A friend of mine who moved out of state was back to visit for a few weeks, and we managed to get a large group of our high school friends together for breakfast and a hike last weekend. I had flyball practice later that day, so brought Flight and Ptera along for the hike.

Some of my friends expressed an opinion that the tiny dog can't really be counted as a real dog. And there was even some mention of me having to carry her on our hike, which was supposed to be 3.8 miles long.

Two wrong turns down dead ends later, our hike lasted 5.1 miles. And the Tiny Dog was still going strong, despite playing fetch a good half of the hike, and plenty of leaping as well.

I'm not sure any minds were changed in terms of owning a small dog, but I don't think they will be doubting this particular small dog's abilities in the future.

Ptera went on to be a total rock star at flyball practice that evening as well.
No comments:

Email ThisBlogThis!Share to TwitterShare to FacebookShare to Pinterest
Labels: hiking

SUP on the 4th

Every year, I like to hit the water with the dogs on the 4th. I find that tired dogs are less likely to be freaked out by fireworks, and more likely to have medication work well if medication is needed.

This was Flight's third trip on the SUP, and by far his longest. The first trip was just a quick paddle around a local pond, while the second trip was a water parade for the solstice, which happened after dark.


He doesn't seem to totally love it yet, but then, Ptera didn't for a while at first either, and now she is hard to keep off the board.


Koira of course had a blast. She spent most of the hour and a half we were there in the water swimming. She wears a life jacket for exactly that reason- I don't want her getting excessively tired, and she will keep swimming until I make her stop.


Ptera and Flight also did some swimming, but mostly hung out on the paddleboard. Koira just took occasional breaks on the board.


Overall, all the dogs had a lot of fun, even if it wasn't as warm and sunny as years past.

I mostly am using the 4th as an excuse to get some cute themed photos of the pups.


Our plans for the day include heading out to the lake for some SUP/kayaking with lots of dog swimming. Tired dogs tend to be less anxious when the big booms start.


Ptera did really well with fireworks last year. Koira generally is terrified from the first boom, but does better here in the country than in town where they go off for hours. This is Flight's first year here for the 4th, so I am not sure how he will do.


After playing on the water and tiring the dogs out well, the plan is to hunker down inside with a movie (probably the Star Wars one that just hit Netflix). All of the dogs are microchipped, and will all be wearing collars and tags just in case.


Composure (by Vetriscience) is what I give all of the dogs to start with, early in the evening. Koira will also get Pet Releaf treats with CBD oil. I have prescription meds for Koira as well, but I don't think we'll need them here this year.


And of course, the car has leashes and treats stocked in case I run into any loose dogs in the next day or two. I have found more stray dogs in the week around the 4th than any other time of year.

Spring is over, and summer is here. I'm looking forward to the dahlias blooming soon, I think they are my favorite summer flower. 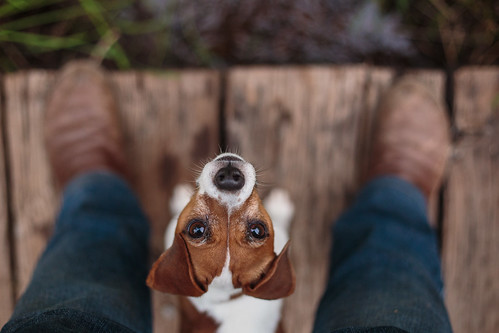 My favorite spring time flower is the Camus that blooms in the fields here. 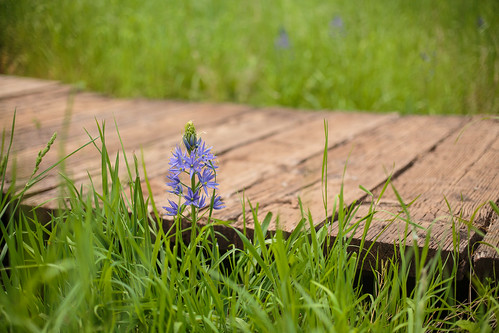