WW: Foggy Day at the Beach

First, the big news- Koira got her FM, the Flyball Master title. Basically, it is 5,000 points and is considered either the last of the small titles or the first of the big titles. The next title is FMX at 10,000 points, and the gaps between titles just get bigger and bigger from there.

Starting at the beginning though, me and Pallo had an awesome time at Friday Night Racing. The tournament was NAFA sanctioned (which means only full four dog teams compete). On Friday night, the tournament hosts put on a non-sanctioned singles and doubles racing, with all proceeds going to the local humane society. Pallo ran along with one of our green dogs, Dancer, to give her an experienced dog to practice with. We rocked! Our starts were super consistent, in the .0 range pretty much every time, and even one .001 start. Pallo also was rocking, running very fast, 5.0-5.2 mostly, and even got a new best time ever with a 4.9xx, breaking five seconds for the first time ever. I was very proud of my little man. Out of eight heats, he balked and spun on one, but it was a minor spin and he refocused quickly and did his job.

Here is a video of Pallo and Dancer at Friday Night Racing. You'll notice that Dancer is about the cutest ball of fluff ever.


I was able to haul all of our stuff in on Friday as well, so that I just needed to bring in the dogs on Saturday morning to be ready to go.

Saturday was a hot, humid day. The air conditioning was on in the tournament building, but it was pretty much only noticeable when you went outside and then came back in. I know it was way better than not having it at all, but man, it was still hot. That said, we still had a total blast.

Koira was running start and ended up running every heat on her team, both days. Our starts were pretty consistent in the .0xx range for the most part, but we are still trying to get some solid consistency. Her times were awesome though. In the past, she has run mostly in the 5.2-5.5 range, with a few faster times in the 4.8 ish range. This weekend, almost every single heat was 4.5-4.7. I knew she had more speed in her, and I am glad that she is feeling confident and competitive enough to really start bringing on the heat. Her turn stayed decent at the beginning of the day, but did degenerate over the weekend to a mostly 3-footed turn. Her times stayed fast though, which makes me wonder if we can get her turn to stick higher if she will pull in some even faster times.

We were only a few points away from her FM at the end of Saturday. Since I don't know if we will make it to the FMX, I wanted to keep her ball from her title heat (it becomes the trophy, sort of like the bar from the last jump does for agility MACH titles). Sunday morning, one of our team dogs started having some ball dropping issues, but everything came together just long enough for us to get the FM in the third heat of our first race. Everything from then on was gravy.

The only video I have of Koira at the tournament is from Sunday afternoon. The dog who was ball dropping ended up being pulled, and we ran one of our green dogs who had only been planning on a warm up spot on the team. In the video, the very last dog, Dash, is the super green dog. He did amazing though! He didn't hit any titles due to slow team times while he was running, but he did really awesome for being thrown in there, and did officially get his first NAFA points!

My start with Koira was a full second late, as you can see, but her time was still 4.6 even with that somewhat sad turn. This was Sunday afternoon, though, so I am very happy that she had any resemblance of a turn left, and that she was still pulling in some really good times.

The other big news is that one of our height dogs was really off on Saturday for some reason, so was pulled on Sunday. Which meant that Pallo was placed on one of our teams part time. He ran start for half of the races on that team and did amazing! That team was 3/3 format (meaning only 3 heats per race, rather than 4 or 5 heats), which I think helped keep him from spinning. He didn't stop and spin at all the entire time! He also kept his nice times, running in the 5.0-5.2 range for the most part. Very proud of my boy.

Koira's team came in dead last both days, 6th out of 6 teams in the division. We didn't really care, honestly. Most of the dogs ran great. Koira got her title. Dash debuted very nicely. The other two teams Animal House was running placed better, but neither of them won their divisions either. But while winning tournament placements would be nice, we are very much about going out there and just having fun with our dogs.

Between the nice starts I was getting, the great times my dogs were running, how nice most of our team dogs were doing (including all FOUR green dogs that debuted that weekend!), and Koira's new titles, I basically had a huge smile on my face all weekend.
3 comments:

My flyball team decided to update our team picture at the tournament on Saturday, since we have gained a lot of new members since our last official photo.

We have a flyball tournament! It feels like it has been forever since I was at a tournament.

Pallo will be running in doubles with one of our green dogs tonight in Friday Night Racing. It isn't officially sanctioned racing, so is just for fun, but it is a great chance to give the newer dogs some practice in a tournament setting. Also, the proceeds from entries all go directly to the local humane society.

Koira is running on our Animal House team on Saturday and Sunday. Fingers crossed that her box turn holds up marginally well over the course of the weekend. I'm hopeful at least, though!

If you want to stop by and see flyball, or say hi to me or the dogs, come on by the fair. Once you pay for admission to the Marion County Fair, flyball is a free attraction. Just follow the sounds of the barking! To find me, once you find the flyball group, just look for the red shirts with the Animal House logo. Do make sure to pay attention to the "competitor only" signs in some areas, though.


The State Fairgrounds is a pretty awesome place to come to a fair, and of course, there are a ton of other things going on in addition to the flyball tournament. Adult fair tickets are just $8.00, and there are concerts each night as well. For more information on the fair, check out their website.

Also, here is a video of Pallo from one of our practices in June. This is basically what this weekend will look like, but with more dogs and more excitement. Hope to see lots of people there! 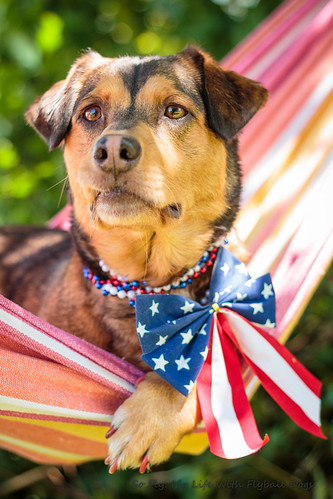 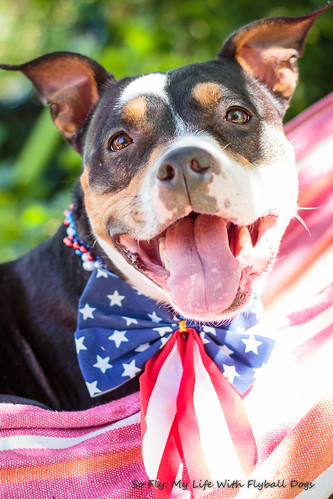 The photos are from a previous holiday, but I promise, my dogs are just as thrilled this year.
5 comments: