Chester the corgi is visiting our house of flyball for the holidays. He is one of the green dogs on our flyball team, and his people went out of town for the holidays. We even got to take him along to flyball practice yesterday. Though, I have to say that it is a little strange to have a dog who is larger than but shorter than Pallo. 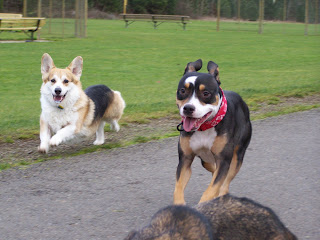 Lots of fun was had at the park with all three dogs having a great time running around chasing each other. 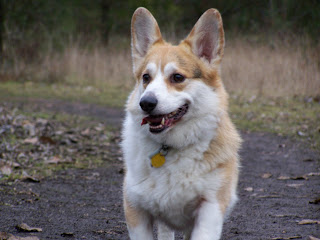 Chester is super food motivated, so I knew the chicken jerky in my pocket would bring an instant response from him if I needed his attention. 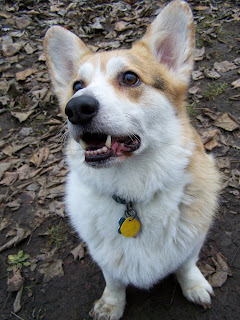 I even had to get some posed shots of all three dogs. You can see how big Chester is in comparison to my two- he is just much shorter than them! 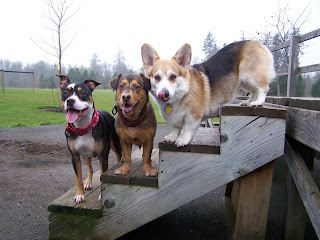 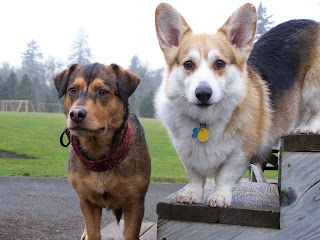 Then I had to line them up based on height. 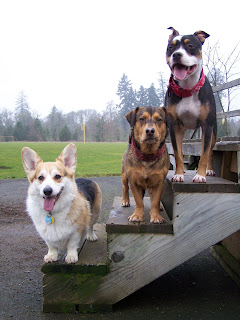 And then I picked up some LED Christmas lights and was trying to take some pictures of my dogs. Chester, however, thought it was his turn and demanded that I take pictures of him instead. 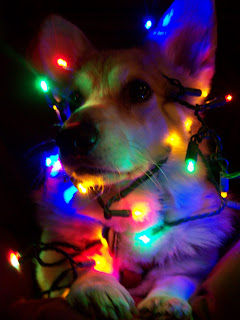 Have a Merry Christmas Eve, Eve.