Yesterday, on the first day of spring, me and the dogs got up early and met my mom to go to the beach. The weather was cloudy, but dry, and the wind was mild for the Oregon coast. 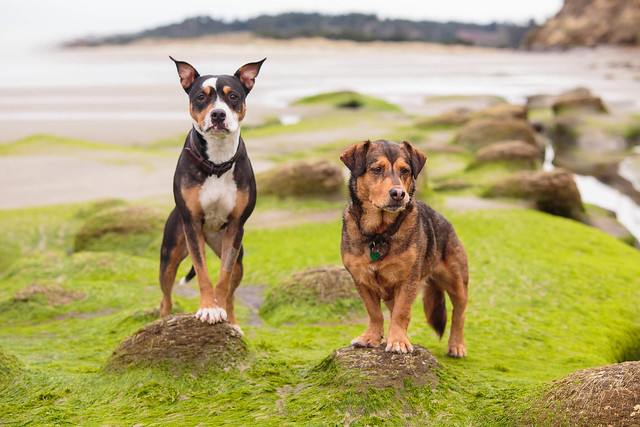 The beach we went to has some really interesting rock formations as well as big, open, sandy areas. Both of my dogs know a "feet up" command, which comes in useful for this type of picture. 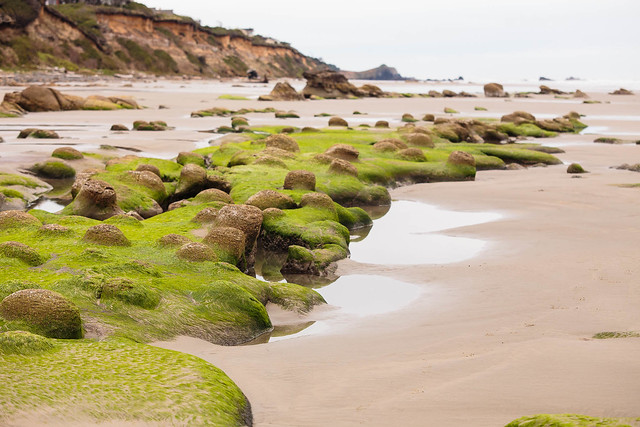 You can see how big this rock formation is here, with the scale of the dogs with their feet on two of the smaller bumps up above. The green is some kind of sea moss or something, I think. 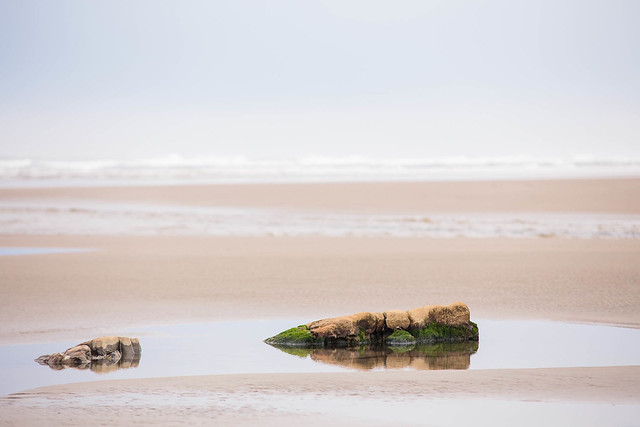 This is down at the end of the beach near a river that stops you from walking any farther north. It is mostly a big, open expanse of sand at low tide, but has a few patches with rocks. 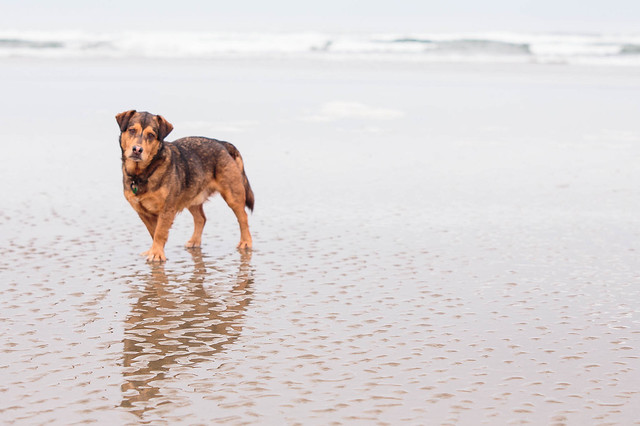 Here is Pallo in that sandy area, this time closer to the incoming water. He stopped to look around, and when I said his name, he just looked at me and posed. He's good like that. 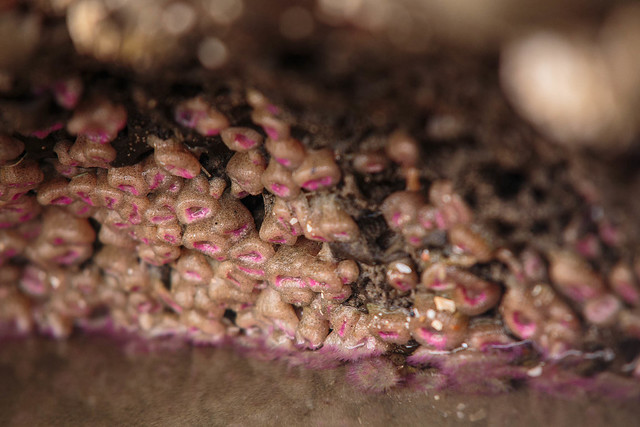 This is a close up of some kind of anemone that we found under a big rock, partially in the water. They really were this pinkish/purple color in person, which was cool. You can kind of see how when they are underwater, they have all these purple fronds sticking out, while above water they are closed. 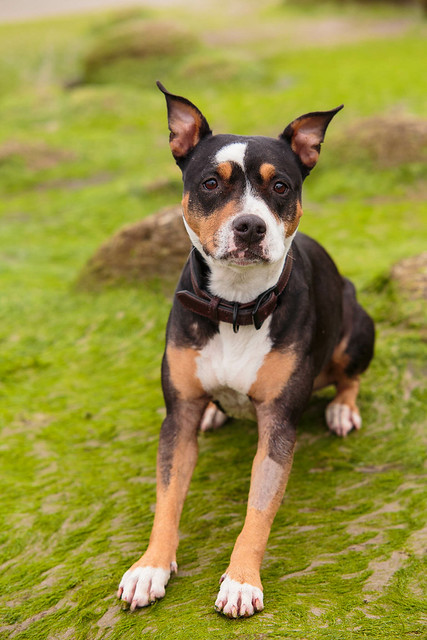 And one of Koira as well. I asked her to down on this rock. She thought it was too wet and cold to actually put her chest on the ground.

And the shaved area on her leg is from a vet visit two weeks ago. Years ago, she broke the tip off her canine. Over the years, more chips have come off here and there, and recently, one chip went down below the gum line. So Koira went in and had a full dental cleaning and got that canine removed all at the same time. The shaved part on her leg is where they gave her fluids during and after the procedure. She is recovering well, though still not allowed to chew on things, play tug, or play with toys like balls. We're trying to do fun things that don't involve food or toys.