First I want to start out with a limerick that I wrote, special for this post and St Paddy's Day.

Koira got horrible diarrhea
After robbing a pizzeria

Hey now, I never claimed to be a poet!

In reality, we were given the opportunity to try out Pro Plan's FortiFlora, which is a probiotic supplement for dogs. It is also available for cats as well. We were given this product for free from Chewy.com in exchange for our honest review, but we weren't compensated in any other way.

My dogs honestly have pretty strong guts, but Koira does get soft stools every so often, and Ptera is less good with food changes than any dog I've previously had, so I thought probiotics would be a great thing to try with them. I've used probiotics in the past, but I've never really been super consistent with them. 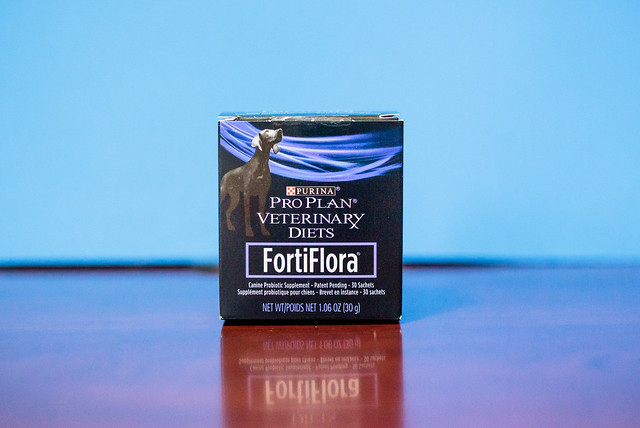 With the FortiFlora, it comes in individual packets. Just sprinkle one packet per day onto your dog's food. 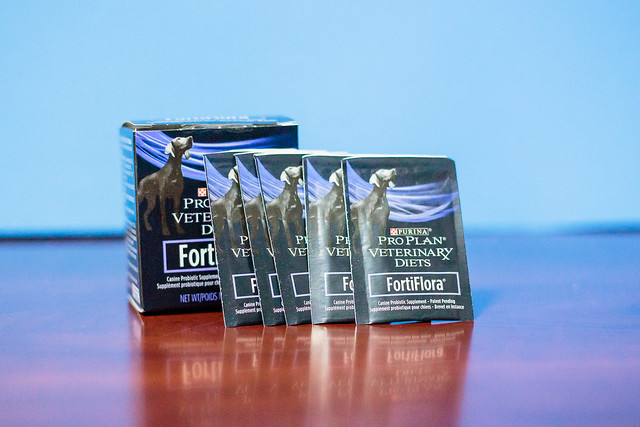 Obviously, while FortiFlora (and other probiotics, pumpkin, etc) are great for helping with the occasional diarrhea and loose stools, you want to make sure your vet rules out any more serious reasons for it such as parasites or sickness. For things like a dog eating something funny, but not necessarily dangerous, smoothing the transition between foods, or dealing with nervous poops while traveling, probiotics (and plain canned pumpkin) are the way to go. 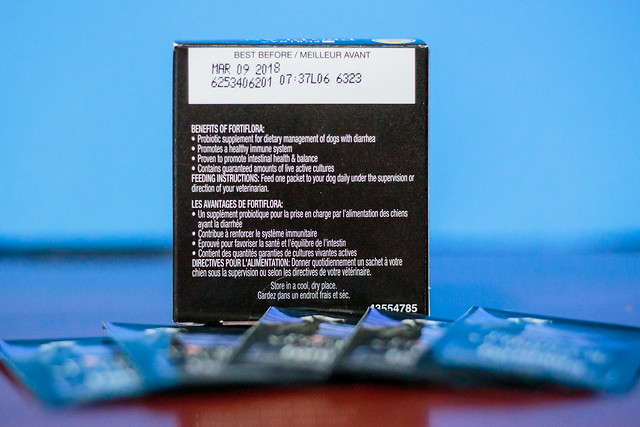 The powder looks kind of weird. It is a brownish color with some white chunks in it. It smells vaguely dairy like, maybe, but it is a hard smell to describe.

I actually hadn't even opened this package yet the other day when Koira decided to jump into our (not operational for the winter) pool after playing disc on a warm sunny day. Stagnant water in the pool apparently was just what she wanted to wallow around in, and she drank some of it. I figured out it wasn't good for her at 2 am the next morning, when she desperately needed to go out. And again an hour later. And again an hour later. You see where I am going. The second time she asked to go out in the middle of the night, I got a cube of frozen pumpkin out of the freezer and fed it to her (that is exactly what the cubes of pumpkin are in there for). I was still half asleep and my motivation was split between wanting to make her feel better and just wanting to get some sleep uninterrupted.

When I actually got up in the morning, she was still needing to go out regularly. I luckily didn't work that day, though I had a short appointment out of the house, and didn't want to come home to diarrhea all over her crate. I gave her some more pumpkin, remembered I had the FortiFlora to review, sprinkled some of that over the pumpkin, and hoped for the best. I figured if the diarrhea lasted much longer without any improvement we would have to head to the vet for something stronger than probiotics and added fiber, but wanted to try what we could at home first.

Luckily for both me and Koira, she was feeling better by mid morning, and no longer asking to go out as often as we moved towards afternoon. Whether it was the probiotics, pumpkin, or just her getting over it, I can't say for sure, of course. I do know the probiotics didn't hurt, and continued giving Koira them daily since then to help prevent a relapse into the trots. 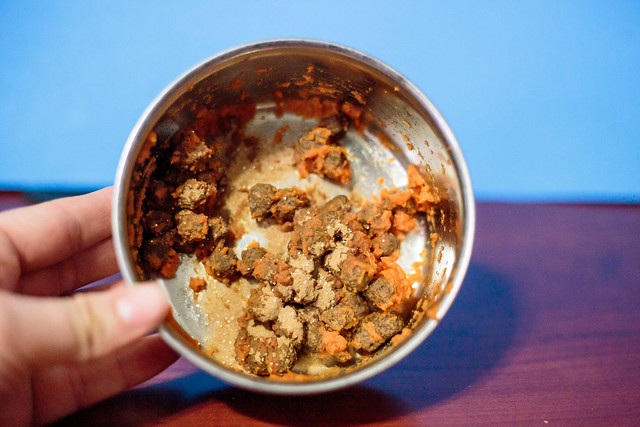 This concoction looks a lot like what I gave Koira that morning, but I made this just for pictures for the blog, and Ptera got to enjoy eating it. 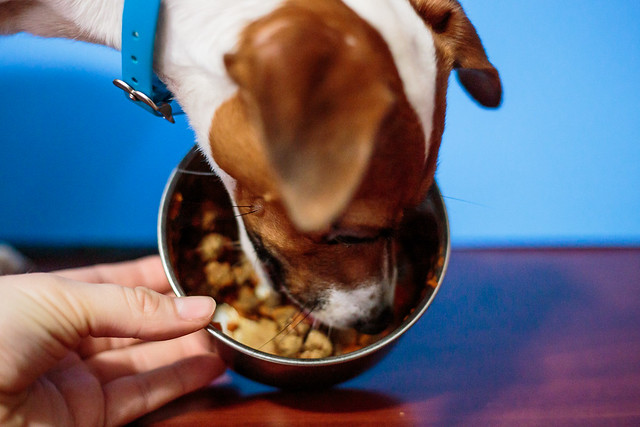 Whatever the FortiFlora actually smells like, it is obviously something my dogs enjoy the taste of, because both Koira when she wasn't feeling well, and Ptera for the review photos just snorfed it down. 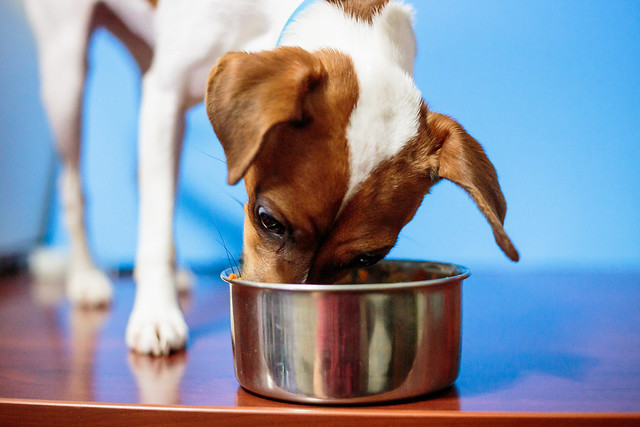