Well, as it turns out this week, I finally got my camera back after leaving it at lure coursing practice for a month. And now, it won't work. It did for a couple days, but now the zoom is broken to the point that when the camera turns on, the lens just moves in and out over and over all by itself, and does not go all the way back in (like its supposed to) when I turn the camera off.

Sadly, this means few pictures for the blog until I can replace it.

Here are some from a few weeks ago after the dogs got hot from playing and decided to hop in the pond. Pallo wasn't sure he wanted in, but he knew he wanted that ball floating in there He ended up in there anyway, as it turns out (Not the best picture in the world technically speaking, but hilarious none the less)

Happily, there is a winner for the collar Giveaway. The winner is ....... Wyatt, from Gardening With Wyatt! Once we get in touch and I get the specs of the collar requested, it will be made, (photographed hopefully), and sent! Thanks everyone who played!

Koira update before sending you off hopping. She is no longer limping and is stretching out good every day. We're going to head to the park later today to see how she holds up from some playing.

Pallo is working on learning new tricks for the dancing competition over at Honey the Great Dane's blog. The next thing to try out will be stringing the tricks together. 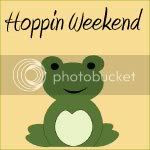