You guys probably all know the park I go to regularly. It is a huge expanse of open, green fields where we are allowed to have dogs off leash, which are also sporting fields for baseball, softball, and soccer during the summer. Pictures like these are generally from this park: 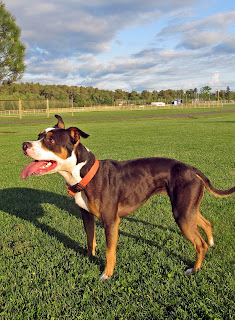 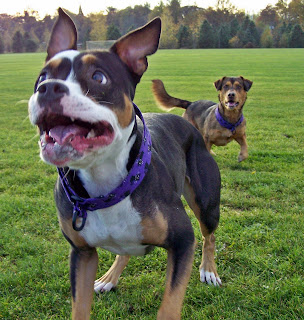 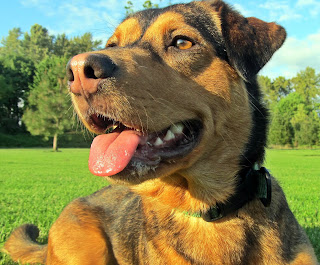 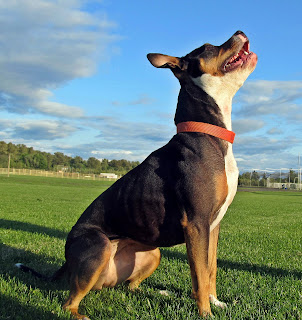 Sure, the river runs along side the park as well, but you have to go down a side path and then down a steep slope to get to the water. 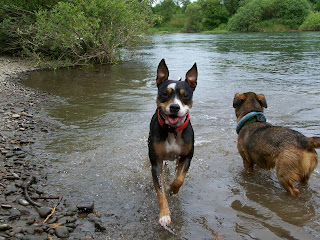 Right now, this is what the driveway to get to the parking lot looks like. 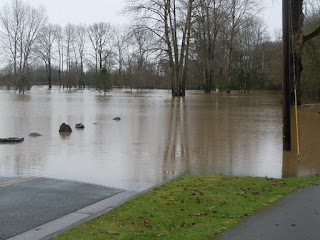 You can't tell quite how deep this is, since you've never been there, but this picture gives you a bit of a better idea. 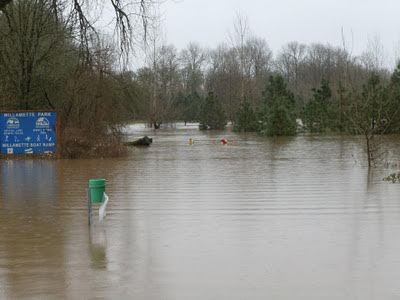 That yellow with the red on it, that's a standard size gate. And there is still a few feet more of a drop before getting to the flat part of the fields after that. So, the place where those beautiful grassy pictures above were taken? Probably under at least 3 feet of water, if not significantly more.

And, this park is just a short way away from my house. I haven't been home again yet (a friend still in the area took these pictures and gave me permission to share them), but my neighbor across the street tells me the water didn't get closer than a block away, so hopefully I won't have any flood damage when I get home.

Recent reports say the water is going down significantly. The main road to my part of town was completely cut off as of last night, requiring a hour+ long detour to get to the south end of town from the north end of town (normally a 5 minute drive at most). Back in the flood of '96, the entire south part of town was cut off for three days. This time, the flood levels seem to be dropping much faster, thankfully. Last I heard is that while some minor roads are still closed in town, all the main roads are reconnected. Severe flooding remains in parts of the county.

As the flood recedes, we have received warnings of high winds with gusts of up to 50 mph. With the water saturated soil, these high winds have a greater chance of taking down trees, making the county issue warnings of potential power outages. They are recommending that people put in a stock of food and fresh water (1 gallon per person per day) that does not need cooking or refrigeration for up to five days. So far, no drinking water alerts have been issued for the city.

Hoping everyone still in the flood areas is staying safe.